At Urban and Rural we specialise in contemporary, sustainable & hybrid architecture that responds to the context of the individual project – either in the urban street, outer town or countryside setting.

We aim to create good architecture, which is driven by the creative design process and not by a particular style. We thrive on the unique challenges and opportunities every site, budget and program brings.

Our current projects range from small home extensions and residential developments, to large scale commercial office buildings and the masterplanning of a 50-acre equestrian leisure facilities.

We aim to provide elegant, flexible and intelligent buildings from concept through to completion, to meet your brief.

“I started Urban & Rural with the aspiration of delivering a very personal and bespoke service tailored to the client’s requirements. This can be from some informal advice to a fully managed project.”

Urban & Rural Ltd was established by the architect Richard Baron. By 2016 the practice had moved in to larger offices in the City of Canterbury with an increased portfolio. In 2017 the practice was successfully expanding with several high quality projects and Jonathan Sargood joined the team as a director.

Both Richard and Jonathan had previously worked together for a number of years, including the successful delivery of projects from conception through to completion.

Before starting up Urban & Rural, Richard had over 12 years of professional practice in a design lead Architects’ Journal Top 100 architectural practice, working on a wide range of projects varying in scale and sector.

Richard established his career within the practice, progressing to position of Associate and managing a small team, successfully delivering the secured Planning Approval of the £21m Sports and Academic Facility at the University of East London. This development provided 10,000m2 of internal space and was awarded the BREEAM level of “Excellent” ahead of the 2012 Olympic Games, where it was used by Team US during the London Olympics.

Key projects Richard has worked on also include the £18m renovation and rebuild of Herne Bay High School under the PFI, Framework. He has also been involved in a number of Design and Build sport facilities throughout the UK for a specialist sports provider.

Jonathan joined Urban and Rural as a Director in 2017. Jonathan graduated in 2003 with a 1st Class Honours Degree in Design and Engineering.

Before joining Urban & Rural, Jonathan had over 13 years’ experience working in a small selection of award winning RIBA Chartered Practices in the South East of England including two Architects’ Journal Top 100 architectural practices specialising in the technical delivery and site supervision of multimillion pound projects for FTSE 100 clients including Heathrow and Gatwick Airports, Marks and Spencer and Pinewood Studios, including work on the Harry Potter and Tomb Raider movie sets.

Jonathan was made an Associate in 2013 and has since fulfilled the role as design lead on a variety of projects. Jonathans experience ranges from the sensitive renovation of the grade 1 listed Royal College of Physicians in Regents Park to the delivery of a scheme of 108 affordable residential units in Ashford, Kent. Jonathans experience spans a variety of sectors including education, retail, luxury housing, film studios, ecclesiastical and listed buildings. Jonathan has worked with several Independent schools to help develop their school estates including Eton College, St Marys School Ascot, St Georges School Ascot and St Edmunds School Canterbury. As well as significant experience in the education sector Jonathan has extensive knowledge of the housing sector as has worked with developers like Shanley Homes, Millgate Homes and Berkley Group on medium size luxury residential developments as well as for smaller more bespoke developers in the Home Counties.

Specialising in technical delivery, Jonathan has developed, over the last 10 years, a depth of experience in Building Information Modelling. He has expertise in utilising, among other systems, Autodesk Revit and Navisworks to support the successful delivery of large schemes for Public and Private clients. Jonathan has acted in the role of Information Manger for multiple BIM Level 2 projects under the Governments BIM Level 2 Mandate and given lectures and support to various clients, contractors and Universities on the benefits of BIM and how an integrated approach to construction data can save clients and contractors money by increasing efficiency and reducing construction waste. Jonathan was instrumental in the development and progression of the Kent BIM Region and the Constructing Excellence Kent BIM leadership team.

We can offer a full range of architectural services:

We offer a free initial, no obligation consultation before any formal appointment.

All our appointments will make reference to the set RIBA work stages and we recommend that you refer to the RIBA’s guidance for ‘frequently asked questions when appointing an architect’.

This information has been produced independently by the RIBA and is set out in a very clear and precise way, many private clients and first time developers find this helpful and we will be happy to discuss any project with you. 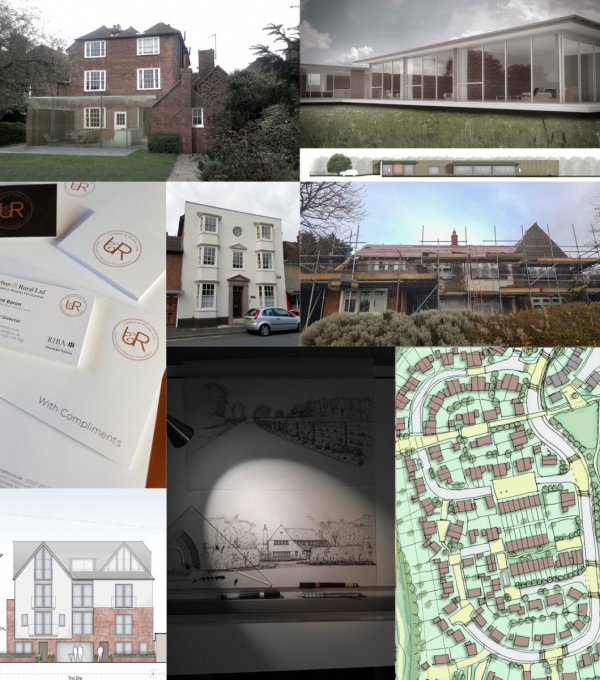